Angelos Delis was born in Athens, where he studied Law and Economics and Political Science. Since the time of his student years, he has been involved in non-professional cinema, constantly shooting short films with 8mm film while at the same time he was practicing his profession.

This creative activity lasted from 1964 until the end of 1986, when he continued to produce short films on video, following modern technological developments. He is one of the pioneers of utilizing the capabilities of Super 8 film, achieving, in proportion, a perfect technical level in all areas of cinematography (shooting, sound, editing, etc.)

He has been honored with a total of 37 distinctions and awards which 12 of them are awards after public voting. In 1986 he received a special award (a city medal) in Brussels for all his film production.

He remained voluntarily outside the professional film industry (although he has accepted a number of proposals), so as to maintain complete freedom of experimentation and expression. He has given a series of interviews to the daily and magazine press, has written articles in film magazines, while his films have been shown in art cinemas, on television, as well as in many Greek and international festivals.
Films (2) 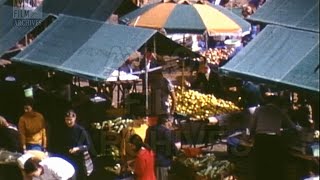 Once in a week

Once in a week